(Like any other living, growing thing,
love requires effort to keep it healthy) 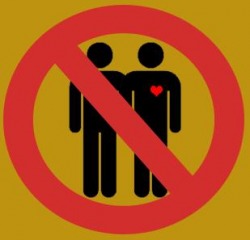 Is the word effort important in a relationship? Love isn't really enough? Does the two differs to one another? Or just by saying I Love You will do? I thought at first it was good to be in an effortless relationship like when I was still with someone 2 years ago. I realized how mean I was to him. I broke up with him because I thought he didn't love me, he was effortless and I had to tell him things to do to make me happy. I was tired making my own fairy tale, that's why I left him. I didn't know how much he loved me and I was the reason why he changed. He was the kindest and friendliest guy I met but now he is really different. Months have passed, I fell inlove again with someone. He was so sweet, he was the opposite of the first guy. He used to call me 3 times a day, he was true to me, and I didn't have to ask him to do things just to make me happy. But still, he left me because I was effortless. It was ok though, for me, it was my karma. After 4 months I met someone again. We had been good friends at first and been together for almost 3 months. I thought it was gonna be a great start for me. I gave so much effort in that relationship without asking anything in return. But then one day, I just realized that I was fool from the start, that I was so blind for not seeing that he was no good to me and I got tired of his bullshits. I want to be happy but I know I couldn't be happy if I am still with him. He pushed me away and I have no regrets for leaving him. I believe, if someone loves me, we're still together, no tears, no heartaches and no coldness. I heard a story of a friend, she was about to get married but 2 days before the celebration, she called off the wedding. It was because her fiance just let her do the wedding preparations by herself. She woke up one day and realized that something was wrong. The guy tried to win her heart back again but then she found out that the guy was sending her flowers because of their friends who told him to do so. The girl just ignored the guy and left him for good. My friend in high school texted me today telling me his heartaches. He said, he likes this girl and it hurts to think that he showed so much effort but then it's all got wasted. I told him that sometimes it is better to show and give your full effort in a relationship you have right now. When things all went wrong, you could stand still and tell to yourself that you did your part and that is his/her loss not yours. If he/she is not doing anything to get you back because of pride, then just accept the fact that he/she doesn't love you. He or she is not into you.
"If someone wants to be part of your life.
He or she makes an effort to be in it.
So don't bother reserving a space
in your heart for someone who
doesn't make an effort to
stay..."